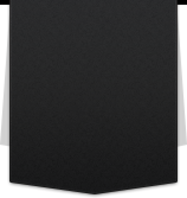 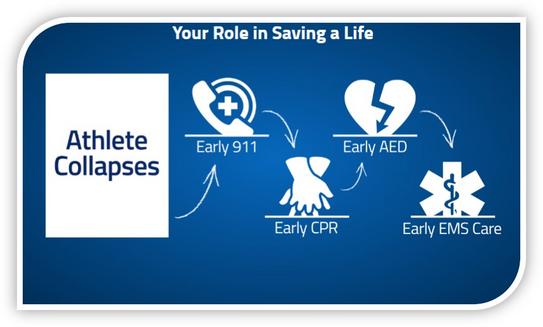 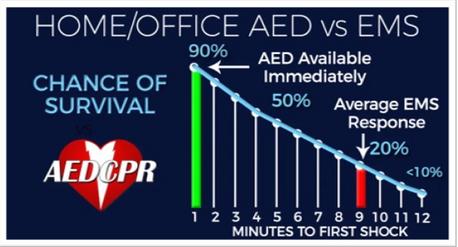 Sudden Cardiac Arrest (SCA) is a life-threatening emergency that occurs when the heart suddenly stops beating. It strikes people of all ages who may seem to be healthy, even children and teens. When SCA happens, the person collapses and doesn’t respond or breathe normally. They may gasp or shake as if having a seizure. SCA leads to death in minutes if the person does not get help right away. Survival depends on people nearby calling 911, starting CPR¹, and using an AED² (if available) as soon as possible.

¹CPR: Cardiopulmonary resuscitation is when you push hard and fast on the center of the chest to make the heart pump. Compressions may be given with or without rescue breaths.

²AED: Automated external defibrillator is a device that analyzes the heart and if it detects a problem may deliver a shock to restart the heart’s normal rhythm.

The American Heart Association has released Heart and Stroke Statistics - 2022 Update. According to the report, cardiac arrest remains a public health crisis. There are more than 356,000 out-of-hospital cardiac arrests (OHCA) annually in the U.S., nearly 90% of them fatal. The incidence of EMS-assessed non-traumatic OHCA in people of any age is estimated to be 356,461, or nearly 1,000 people each day. Survival to hospital discharge after EMS-treated cardiac arrest languishes at about 10%.